I typically have a good month training throughout November. There is a time and place for everything and I typically run strong in December following a rather mediocre November race. This year November held the highest mileage and best quality running I've experienced in six months. Late in summer and fall this year I often put running on the back-burner for family/other commitments. In November however, I had help from my mom/family who watched my daughter a lot. The planets aligned. I was able to prioritize running in a way which still allowed a peaceful and rather stress-free life at home. (Thanks Kara.) Even with her (Kara) leaving town for several work trips I just cut out the extraneous fat from life and focused on Denali and running and work. It was a pretty special month! The stage was set for yet another strong December race.

Last year was the first year in three years I opted to not run the Lookout Mountain 50. Hellgate race director David Horton let me into the infamous Hellgate 66.6 mile run. It was nothing short of epic, battling Grossman in the last miles as we strove to break the old course record. I love the community surrounding the Virginia race scene, but I missed Chattanooga and the traditions I've come to expect from Lookout. Many friends from "the 'Ville" have started running Lookout Mountain and its a fun kickoff to the holidays, eating and running in this trendy mountain town in the southeast.

Rock Creek puts on a huge production, and admittedly they were a HUGE inspiration in my vision of what I wanted to build my race, The Backside Trail Marathon to resemble.

On race morning this year, temps hovered in the upper thirties and rain poured from above. The conditions couldn't alter my readiness to go run my heart out on these trails I've come to love. The field this year would be the most competitive I've witnessed in my four years running this race. In the opening 3 hours I ran with Jon Allen, a friend whom I first met at the Ultra Race of Champions 100K back in 2011. Jon and I typically run within a place or two of one another and I was excited to swap stories and catch-up with Jon as we passed the miles in the rain and cold.

I was in 4th place at mile 22.5 after the long climb to the top of Lookout Mountain at Covenant College which serves as race headquarters. Even with the rain I was making good time and my energy expenditure was low. I hadn't yet unleashed the fire within and I was ready to do so.

I left Covenant College with Jon Allen and we found our way back onto marked trails- but soon thereafter we saw a runner heading towards us. This wasn't good. I figured he was lost, and so I assured him I was going the right way and instructed him to follow me. More and more runners began to get confused at the direction we should be travelling, and I played the ringleader for the confused lot.

Thirty long minutes later, and over 3 miles wasted, we realized we had been directed onto the wrong trails or somehow ended up on the 10k course which was marked in the same flagging. We had almost looped back to Covenant College completely.

I had run this course before and the course I was on was very similar to the old course and ran the same powerline, etc. It was incredibly easy to confuse the two, and the fact that the markings were the same was not a great choice. Jon and I are both pretty seasoned trailrunners and this situation was beyond both of us. The majority of the guys and girls in the top 10 were prey to the same fate.

It was demoralizing. Surmounting a deficit to the lead pack of at least 30 minutes seemed impossible. This field was strong and the front runners who had somehow been directed onto the "right" course not only had the advantage of a 30 minute window, but they didn't have 3+ extra miles under their legs. Regardless, I came to play and I wasn't giving up. I had slipped from 4th back to around 30th.

I lit up the trails and raced with passion and fury. I pushed the out-most limit of what I thought I could hold. I passed probably 10 people within an hour and let the anger fuel my run.

I got to long branch aid station 10 miles later and saw my crew. I threw my bottle and didn't waste any time stopping to explain. Stephanie was very smart and yelled- "I know EXACTLY what happened!", clarifying I shouldn't waste any more time. I yelled to the volunteers at the aid station that someone MUST be made aware of this course marking debacle since a large chunk of the top 20 had gotten off course or had been directed off course onto a course marked with the same course markings! I'm ALWAYS very grateful to the volunteers and try to show my appreciation by saying thanks, however in passing my yelling probably came off like I being a big asshole. I apologize for that! (...but the race coordinators needed to be aware.)

Coming out of Long Branch I had the advantage of venting to Jeremy who ran behind me. The anger helped push me and fueled my desire to keep passing runners and work my way back up. By the time I finished the Long Branch lolly pop loop I was in 6th place.

I had 13 miles to go, and I knew the competition ahead was fierce.

I began to feel the effects of my huge effort and became light headed and faint. I started taking in gels more frequently. I pushed harder and embraced the pain. My body responded well to what I asked of it. I only had a half a marathon left.

Jeremy and I caught the lead female and I had a blast chatting with her. She was from New Hampshire and I liked her immediately as I heard her cheering on runners. We chatted about the White Mountains which was a good distraction and mutual friends from New England like Kevin Tilton. She was crazy strong and I figured we'd be duking it out for the remainder. Luckily I escaped her on a climb. The return route is fun because its an out and back in which you can yell and cheer on runners making their way out to Long Branch. I enjoy doing this and I thought it was cool to hear the lead chick cheering on runners as well.

In the closing miles I cat-and-moused with another runner, a guy I had yet to meet, but we chatted pleasantly when our tired breath allowed it.  I passed him rather easily on a climb and I thought he was done for, but then a few minutes later he passed me with authority on a flat stretch. This continued for some time. I would run all the climbs and catch him, and then he would take off.

I wanted to let him go but I told myself to dig harder and fight. Luckily for me, the closing miles became hillier towards the finish and I out-climbed him on the final hill. I dug deep and destroyed myself and lost him by a good enough distance he was out of sight.

I'm assuming we both thought battling for 4th was pointless.

What I didn't know is that he and I had somehow passed Jessie Davis at an aid station and he and I were actually battling for 3rd place for a podium spot!

I crossed the finish line in third place completing my own "Tour de Lookout Podium" with a win in 2010, a second in 2011, and now a third in 2013. Hahahaha... I would say this was my strongest run there.

I was elated to do what I thought was impossible after the 30 minute, 3+mile side trip. Many thanks to Stephanie for some great crewing which saved me minutes on the day at aid stations! I owe you this one!

Many congrats to all the Louisville friends who finished this beastly race. The conditions were some of the worst I've ever seen. Rhonda Curry, Andrew Thai, and Rob Putz- I'm impressed.

Up next is The Pistol 100 mile in January only 3 weeks away followed by another Rock Creek race (if registration opens) the Thunder Rock 100 mile. 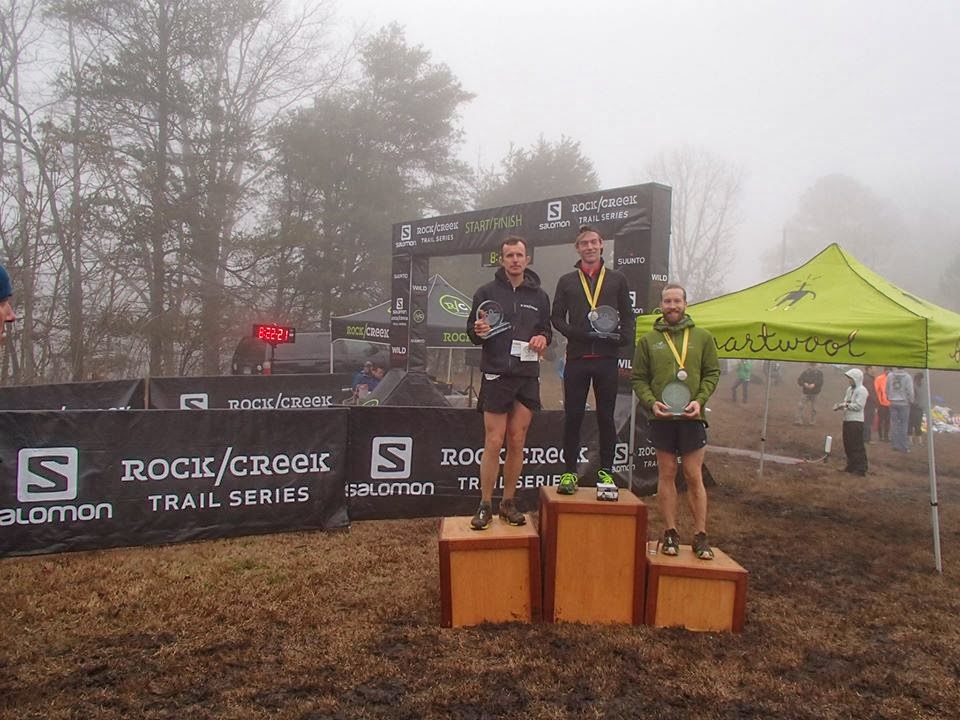 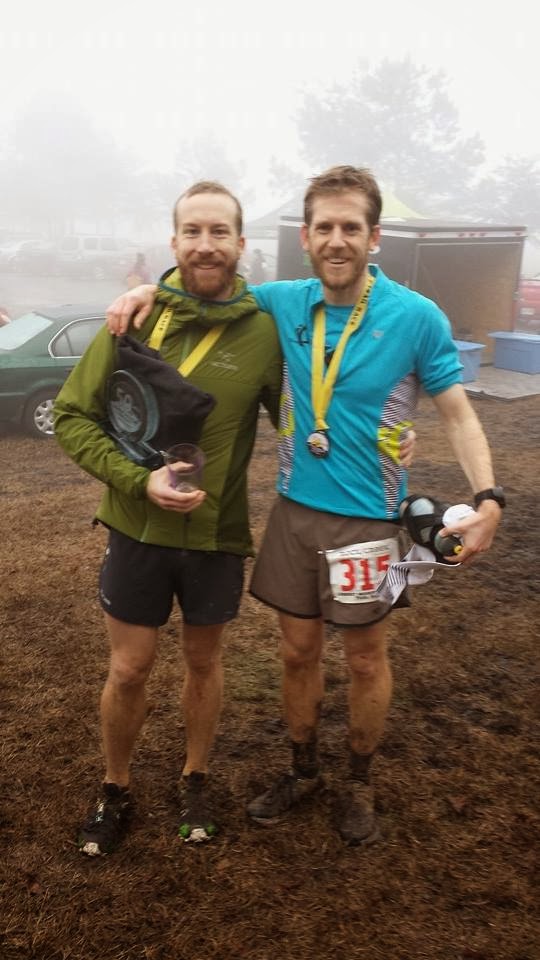 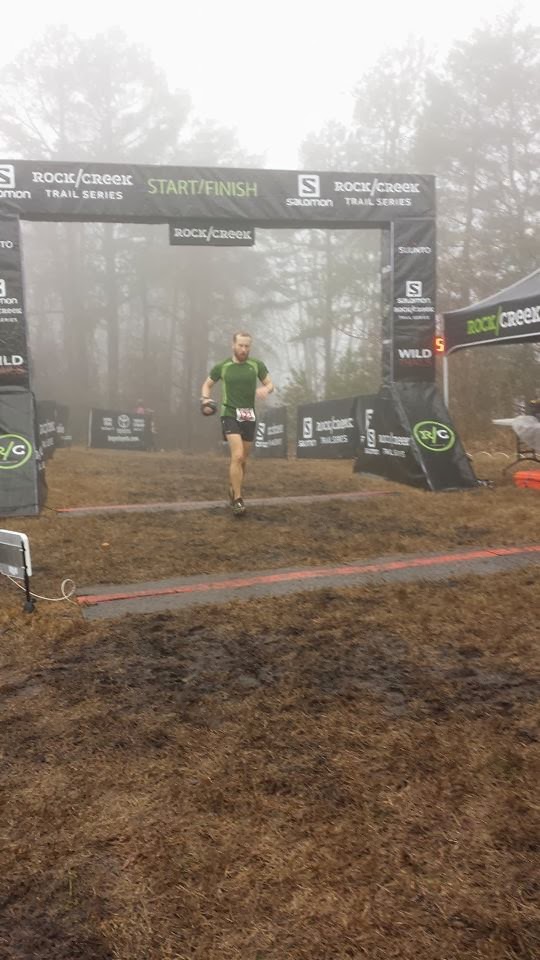 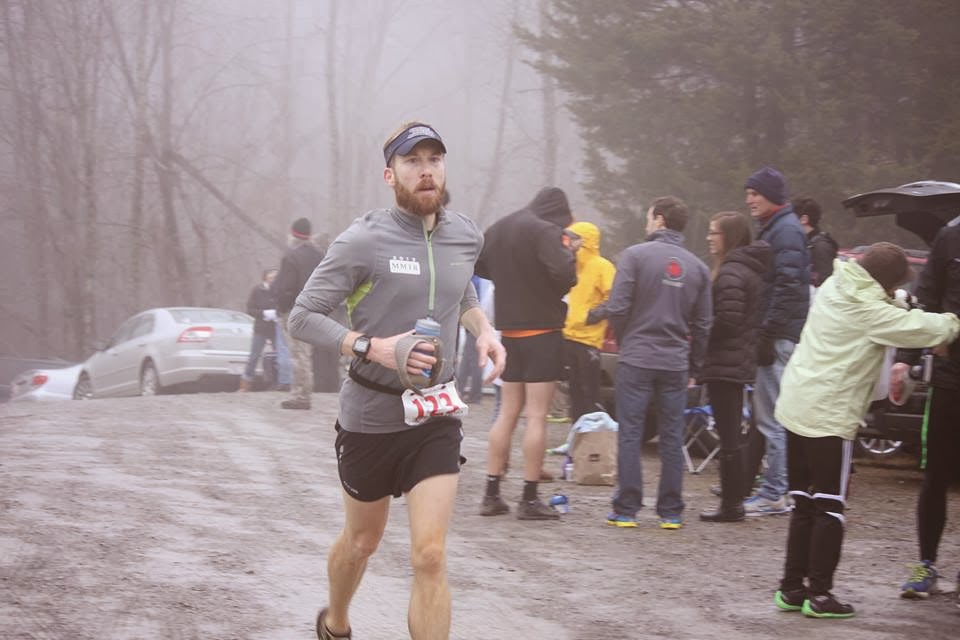 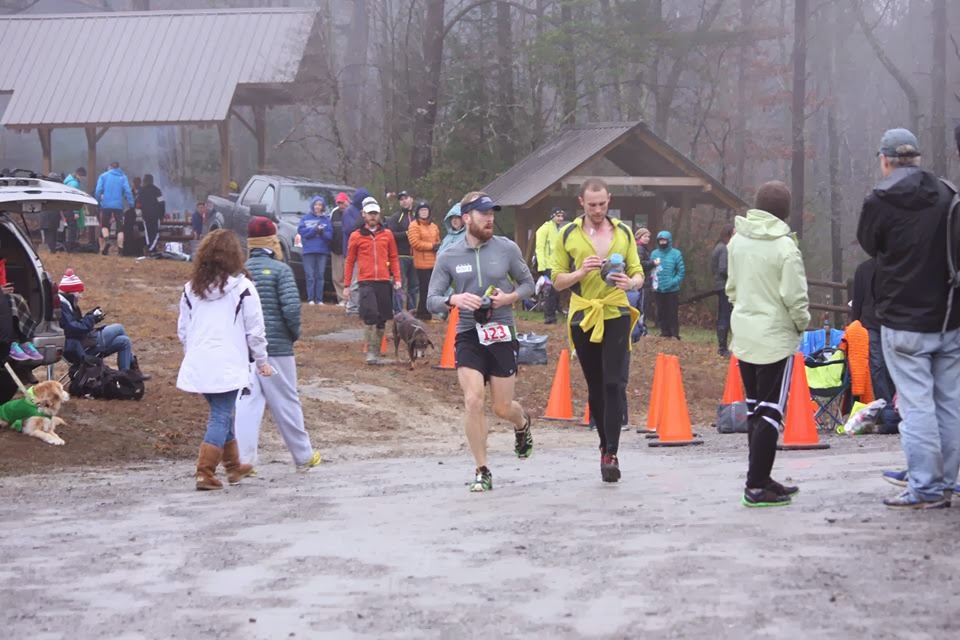 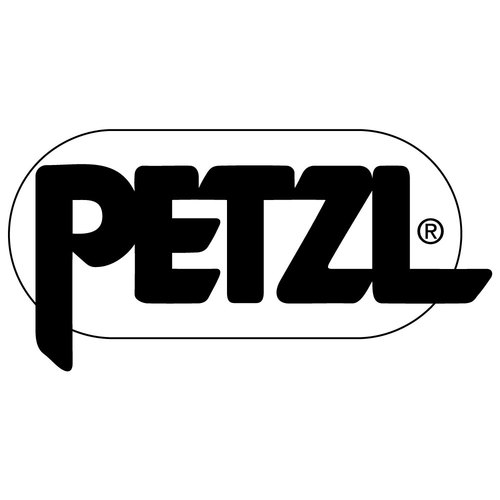